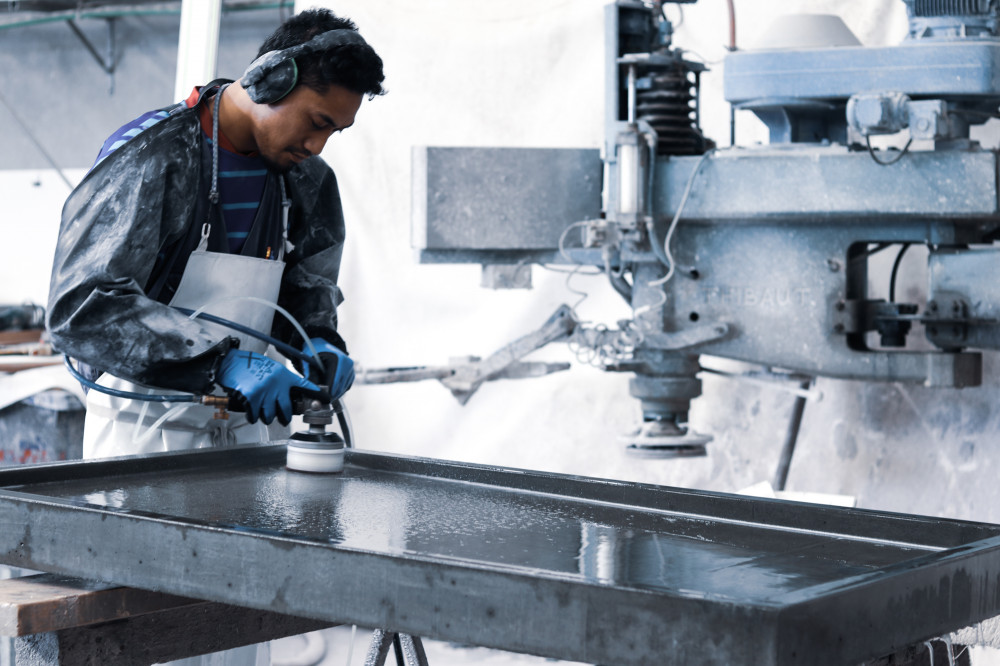 Liquidstone Limited’s KAIZEN™ journey started back in 2013 when Iain Hobson bought a 50% shareholding in an established small manufacturing business based in West Auckland. Iain and his business partner, Jon Williams, experienced challenging but valuable lessons on their way towards a sustainable culture of business excellence in the construction industry by applying the KAIZEN™ methodology. Iain shares their insightful story in two enlightening and entertaining articles.

I had returned back to New Zealand in 2013 from ten years in the UK and I was searching for an opportunity where I could test my ambition without the safety net of a large corporate organisation and apply the project management, sales and marketing skills I had acquired over the preceding years. Naively I thought that running a business would automatically afford me some degree of mana (prestige, honour, respect, strength, authority in Maori culture); how wrong I was!

For the first couple of years it felt like we were sliding backwards, away from profitability. It happened slowly at first, but then with increasing momentum we were headed for financial disaster. Despite herculean efforts and a significant cash injection into the business we just could not stop losing money. My initial reaction was to ramp up the sales and marketing efforts, increase our online presence, develop new and innovative product lines, build relationships with even more customers in an effort to grow our revenue to a point where we could break even and hopefully start to make a profit.

This solution was supported by the business broker I’d originally negotiated with regarding the purchase of my shares. A year or so after the sale, the same broker called me one day to check in and I guess he was expecting a positive response and maybe even some gratitude… “Look, I appreciate the call but I actually think you have sold me a dog of a company, why didn’t you tell me it was going to be this bad?” After I confided in him that things were not going well, his immediate response was “there is only one solution; you need to sell more!” This single piece of advice probably set me back years, and worse, it nearly cost me my business, my house and my marriage.

We have a problem with productivity in New Zealand, and we have one of the lowest rates of productivity in the OECD. Whilst I was vaguely aware of the productivity issue I had never really made the connection to my own business. I tended to keep things simple; work hard and hopefully get rewarded. That is until one day I attended a lecture at the University of Auckland in 2015, sponsored by ATEED (Auckland Tourism Events and Economic Development); now rebranded as Auckland Unlimited. I can’t remember much about the speaker other than he was a rambunctious, old-school kind of guy who didn’t mince his words and his message resonated with me. He hammered home the importance of productivity to ‘NZ Inc’ and offered a few solutions to our productivity malaise, one of which was Lean - the westernised version of the highly successful Toyota manufacturing philosophy also known as KAIZEN™. A brief conversation after the lecture led to an introduction to Peet Wiid of Kaizen Institute New Zealand (KINZ) and ultimately onto the successful business we have today. Make no mistake, looking back now I realise that the business was less than six months from going broke and without tens of thousands of additional cash from my family it wouldn’t have survived even that long. 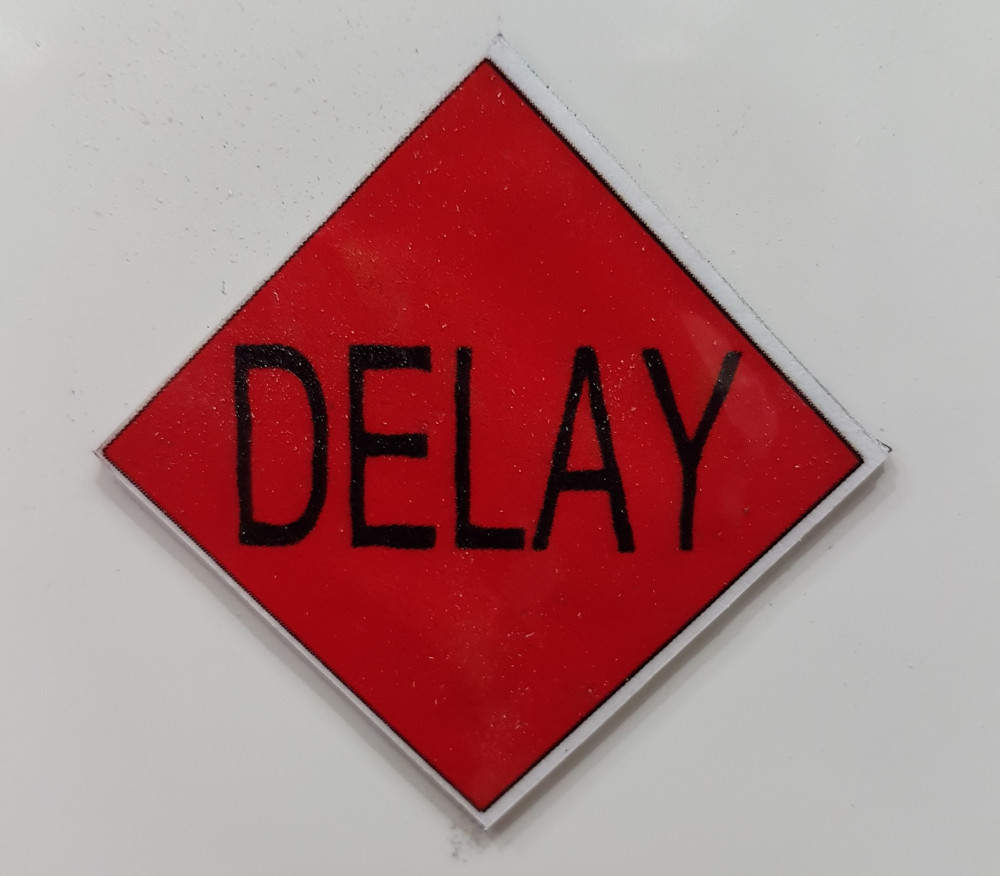 So began our journey towards a long-term sustainable business guided by the principles of KAIZEN™. Bizarrely, it also coincided with an incredible run of bad luck, or so it seemed at the time. With the help of a Regional Business Partner subsidy we started a relationship with Peet Wiid from Kaizen Institute New Zealand Ltd (a registered service provider on this esteemed scheme) and contracted KINZ to help us one day a month for the next 12 months, working on our manufacturing systems and processes. (It actually took another few months before we held our first meeting as we kept putting it off due to one crisis after another that we thought should take precedence!)

I can’t imagine what the consultant thought that first day and frankly, I can’t believe he simply didn’t turn and run away. What a sorry sight he was met with; four feet tall weeds at the front gate, rubbish and defective product piled high, a leaking roof, and half the factory lights not working. Not to mention stressed, disengaged staff working six days a week in near third world conditions (e.g., one toilet between 14 men!). This was a master class in ‘waste’ in all its forms that would have made even the staunchest disciples of KAIZEN™ despair.

To his credit, our consultant didn’t turn and run and during the first six months we actually made some rapid improvements, enough at least to stem the tide of money flowing out the door and importantly, to buy ourselves a little more time. But, then a strange thing happened; instead of looking forward to the consultant’s visits, we began to view them as a bad omen. Being blind to our failings, we concocted a correlation between his visits and the inevitable occurrence of some sort of major catastrophe; much like a black cat crossing our path or walking under a ladder. Surely it was more than just coincidence that every time the consultant arrived a key machine broke down, a bench would break, or worse… It had to be either bad luck, or perhaps more likely, it was the consultant who was the bad omen? “Oh no, Peet’s booked this Friday! Something terrible always happens when he comes, can’t we cancel or put him off?” Invariably, we either cancelled or postponed. However, as we came to understand the KAIZEN™ way of thinking we had a light-bulb moment: it wasn’t the consultant’s visits that caused the bad luck. It wasn’t even bad luck. Simply we were ALWAYS dealing with one catastrophe or another, all day, every day, everywhere. 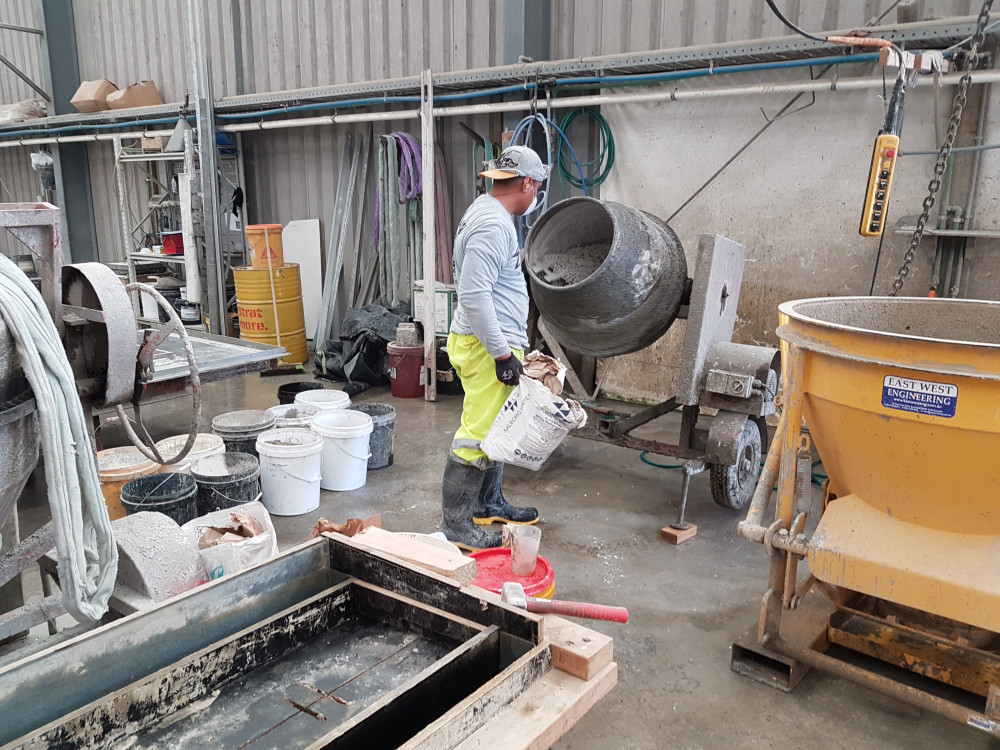 More and more sales were NOT the answer for us. In fact, the additional sales were only putting more and more pressure on an already stressed manufacturing process, collapsing under the waste and weight of poor systems and processes. We were doing untold damage to our reputation by manufacturing defective products and delivering them late to customers who were not prepared to pay the over-inflated price for the inevitable rework. We knew then that something had to change and we redoubled our KAIZEN™ efforts.

The practical and holistic KAIZEN™ improvement methodology surely saved our business. Liquidstone Limited is now a stable, innovative, and growing business based on a KAIZEN™ strategy. Read more in the second article on how we solved costly problems through prioritisation.